To most people, Alpa is probably an unknown brand, because it's a brand from the Czech Republic which is normally not sold outside the country. In the Czech Republic Alpa is considered to be quite a big brand with a wide range of aftershaves.

The Alpa 378 Aftershave Lotion is one of the most popular aftershaves from the Czech Republic, and that is partly because of the smell which resembles Irish Moos, and it offers a great value for your money.

The Alpa 378 Aftershave Lotion comes in a small glass bottle containing 50ml, and this bottle is very convenient for taking with you during travel.

Furthermore, the small bottle looks really retro and on the front is written ''Voda po holeni'' which literally means aftershave water. Also you can find a manufacturing date on the small bottle, which I think is a good thing.

I find it usually interesting to take a look through the ingredients, so that I can get an impression what function certain ingredients are used for. To start this aftershave contains 62% alcohol. 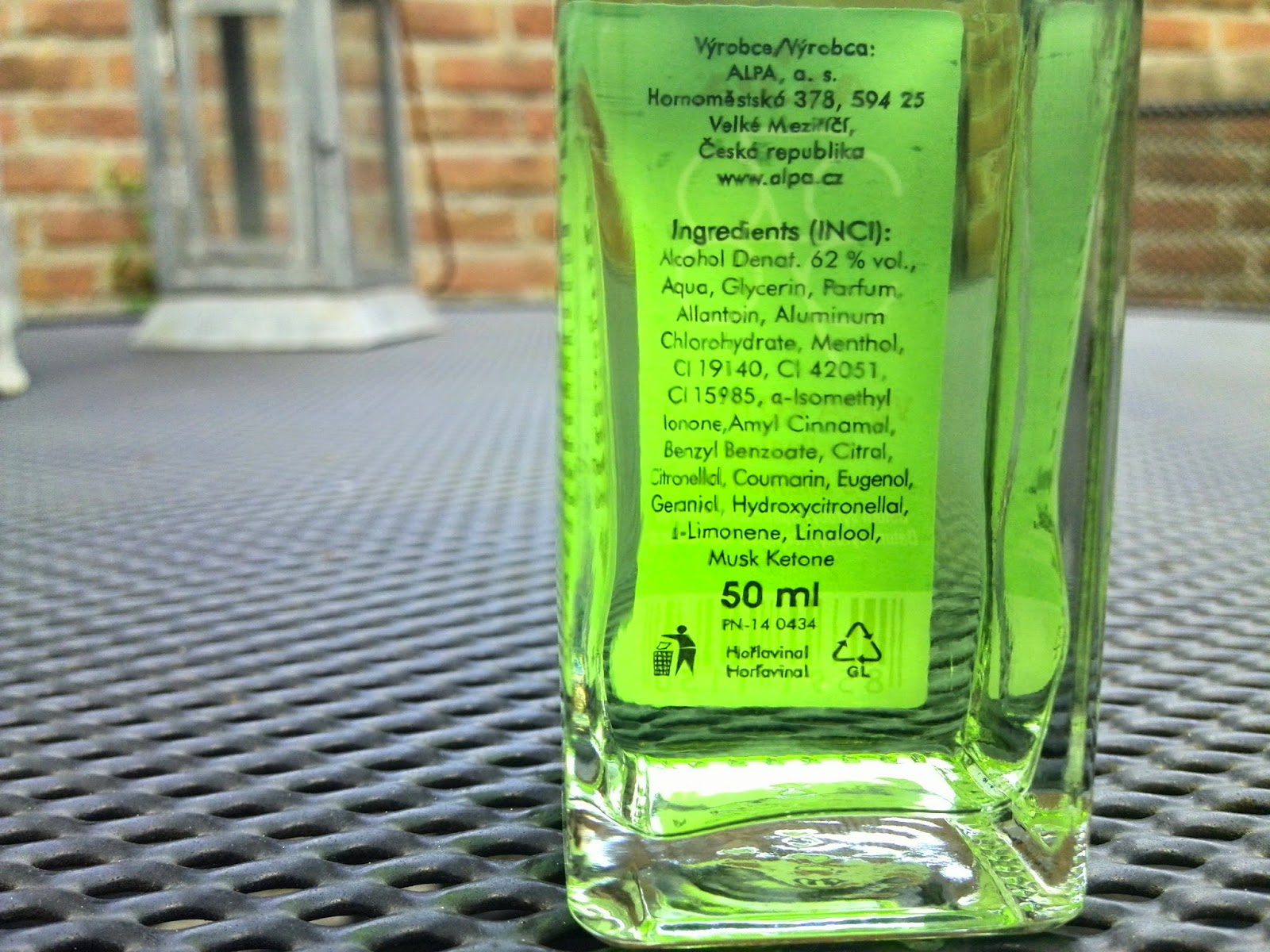 I personally really love the scent from this aftershave, and I find it smells very manly fresh, and I can confirm the scent is similar to Irish Moos, but I find that the Alpa 378 smells more pleasant than the Irish Moos.

The scent lasts for about three to four hours, but already fades away after one or two hours. Furthermore I find that this aftershave doesn't dry my skin out, but it's in no way as moisturizing as an aftershave balm but perfect for the hot summer.

The Alpa 378 Aftershave Lotion offers a amazing value for your money, and also smells really great. I find the small bottle really useful, because I can easily carry this aftershave with me when traveling.

The only downside is that the Alpa 378 Aftershave Lotion is hard to get outside Czech Republic, but this makes this product special like a souvenir you would buy on holiday.